EnviroReporter.com was deeply saddened to learn of the passing of our friend Steve Cain, senior environmental planner for the Los Angeles Regional Water Quality Control Board, on December 16. Steve died in his sleep of heart failure according to an obituary notice in the December 23 edition of the Malibu Times. He was 52.

“Cain, since March 2002, worked at the LARWQCB, where he also carried the title of senior environmental planner,” read the obituary. “Prior to that, he worked at the Department of Toxic Substances Control and the California Environmental Protection Agency. Cain held a bachelor’s degree in Sociology from UC Santa Barbara, and a master’s degree in Communications Studies from Claremont University.”

I met Steve when I first started reporting on the Santa Susana Field Laboratory, also known as Rocketdyne, in 1998 for the LA Weekly. Steve handled the media for the Rocketdyne issue for the Department of Toxic Substances Control (DTSC), and we immediately hit it off. Not only was Steve extremely efficient at getting me the information I needed, he had the ability and willingness to ‘look over the horizon’ and suggest ideas and leads that hadn’t occurred to me.

I was disappointed when Steve moved over and up at the Los Angeles Regional Water Quality Control Board in 2002, but that disappointment quickly evaporated when he was succeeded by DTSC’s Jeanne Garcia who also has some of Steve’s best characteristics: empathy and class.

Those rare qualities weren’t the only ones Steve will be remembered for:

“Steve was a joy to be around and brought out the best in almost everyone. He had a wicked, dry sense of humor and was amazing at helping the press because he understood what they needed, knew what he was talking about and how to present it to the media,” Liz Kanter, former spokesperson for the State Water Resources Control Board, said in a press release according to the Malibu Times. “Steve could get things done, and done well. Many of us counted Steve as a dear friend outside of work and I was always excited to trade barbs with him. He left us too soon. To say he will be missed is a gross understatement.”

Denise Anne and I were fortunate to be able to spend time with Steve when he attended PSR-LA’s “Military Tour of Southern California” in June 2006. The Los Angeles chapter of the Nobel Peace Prize-winning Physicians for Social Responsibility, where Denise Anne is now associate director, chartered two tour buses to crisscross the region looking at places like Rocketdyne, Nike missile bases and the Jet Propulsion Laboratory.

“I came on the PSR tour because I want to learn as much as I can,” Steve said at the time. “The more I know, the better the board can do its job. Besides, it’s fascinating.”

We regaled each other with war stories at a tour stop outside the perimeter of the Naval Weapons Station Seal Beach at the World War II Submarine Memorial. Steve expressed his admiration for PSR’s work and he seemed charmed by Denise Anne. “I like her,” he said smiling at me. “She’s a keeper.”

That was Steve and it made me feel great to hear him say that. It is only fitting that in our last round of communications, he provided us with information crucial to a two-year investigation we will break in 2010. That information could impact the health and well-being of untold numbers of people in the San Fernando Valley and it speaks volumes about Steve’s integrity.

We wish to extend our condolences to the family, friends and colleagues of Stephen Cain.

Steve is survived by his life partner Jim Muller, his mother and two sisters. A memorial service will be held Jan. 3 at Village Green Clubhouse, 5300 Rodeo Rd., in Los Angeles at 12 p.m. Memorials can be made in his honor to two nonprofit organizations: Out of the Closet (www.outofthecloset.org) or Heal the Bay (www.healthebay.org). 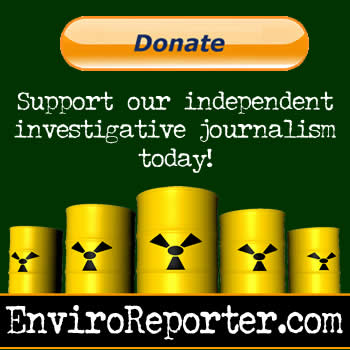